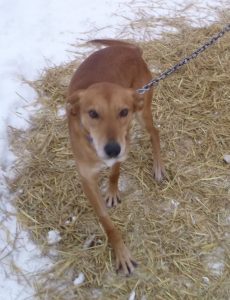 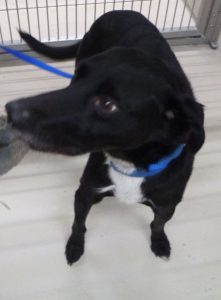 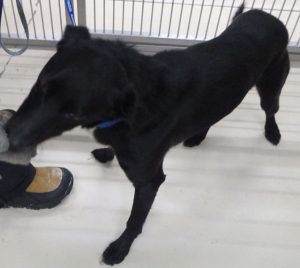 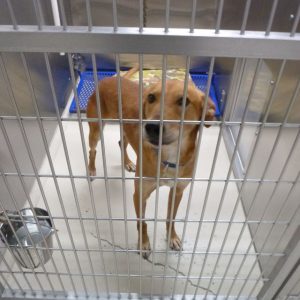 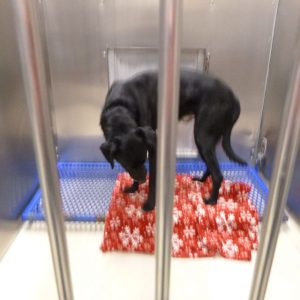 Update April 5th: RED:  Red is having a trial forever home placement.  He has to learn to get along with the old matriarch of the house….and if he does and she accepts him….then he has his forever home.  A GREAT place to be.

Update March 24: RED:  Red is a star.  This all around GREAT dog is looking for his permanent home.  This is what he foster person says about him:

“I have been fostering Red the past few months. He is available for adoption through the Second Chance League. He gets along with everyone including kids, dogs and cats. He does really well in the house and in a crate.
He comes when he’s called and LOVES people.
Red had been running tours with me for several months. He is an extremely hard worker and can run for quite a ways, especially at a trot (which is the speed of tours)
He came from a sprint kennel and also greatly enjoys going on sprint runs. He does sometimes dip while doing sprint runs, which is probably why he didnt make a race team.
Red would be an awesome dog for running tours, a recreational team, or an avid skijorer that is looking for a very hard working and loving dog.
He will run anywhere in the team including lead. He does not seem to know commands, but listens to the dog next to him and I’m sure will learn more given the training.
He LOVES being a sled dog and I would really like to see him go to a home where he can still run in harness.
He is 5 years old.”


Update March 11: Pedro is a star!  Single skijoring with his adopter.  Great home.  And RED WOW.  He is running lead in his foster’s non racing team.  If you want an ALL around nice dog that can run anywhere in the team, gets along with everyone and loves people…..Red is the dog for you!  Still available for adoption to a forever home.

Update Red: Red is LOVING doing tours this winter for the Alaska guests.  Here is what his foster had to say about him today:  “He loves it and is such a hard worker and loves all the people”.  Red is still looking for his forever home.  Would make a great working/pet/skijor/mushing for fun dog.  Did we say he loves people?? YES!  He does!

Update Pedro: Ped has found his forever home.  He was adopted by an active person and loves going for long hikes and sleeping in the house.  YEAH.

January 25: We had found a terrific temporary foster for the boys!  They are giving tours to Alaska guests.  They LOVE their new job.  They are both driven and love the attention from the guests.  They get along with all of the other dogs at their new place.  And after just a couple of days Pedro has gone to a new trial home as a potential forever home.  Red is looking for his forever home too!  Great dogs.

HELP!  Jan. 16:  We are in need of a new foster/forever home for these 2 boys.  ASAP! Please email carol@carolkleckner.net  and let me know. Thanks.

Update Dec. 21: These 2 boys are thriving.  They can be loose run and come when called.  Red is very focused when he is in a team.  Loves to run.  Pedro can be a bit distracted but he is such a GREAT dog.  Both dogs are so friendly.  They are very easy also…loving being outside and playing, but they go into their crates because it is comfortable and warm while inside.  They are “no trouble” dogs and will fit in with any active family.

Update Dec. 7: What super great dogs these are!!  Their foster person got them out skijoring with some different people.  Red is awesome.  Not afraid of the skis and runs well with another dog. Straight down the trail, focused and driven.  He desperately wants to be with a person.  He would make an awesome pet/skijor dog/hiking companion.  He is getting along well with a dozen other dogs (free running around the fenced yard) and often when he comes in the house he goes in a crate and lays down. He is super chill.

Pedro wasn’t quite as focused as Red.  He liked to stop and check things out along the trail, but when he was moving he was fast and driven.  He is goofy and just wants a human to love.  Another dog that would make a great pet.  Comes when he is called.  Just wants to be with you.

Update Dec 4: Red and Pedro have been pulled into The Second Chance League.  If you are interested in either of these boys you can contact info@secondchanceleague.org

I’ll keep updates as the boys progress in their new foster home and all the training they will be getting.

Update: Nov. 25: I took Red and Pedro (one at a time) out for a skijor.  These dogs, along the way, have lost all of their confidence.  They just want to hug you and be by your side.  Red DID go though skijoring.  Took awhile for him to understand it was OK to be out in front of me on skis, but once he did he ran nicely.  He thought it was great that he could sniff stuff along the trail, but I kept him focused and we did a nice half mile loop.  Pedro, on the other hand, didn’t want to go at all.  He wanted to hug me as I’m skiing along with him by my side.  He didn’t want to go out front.  I really want to try these 2 together because it does take a special dog to want to skijor by themselves.  Either of these dogs would make GREAT pets as they are so friendly and loving.  Just give them some good exercise and you will be rewarded with a lifelong companion.

Not the best pictures!  I’ll go back and get better ones soon.

Red and Pedro are top of the line sprint dogs.  They are both 5 years old.  They were brought in because their musher did not have time for them.  They are both wonderfully friendly dogs with a lot of personality.  They aren’t hyper or high strung, but being pointer/husky mixes they will need a lot of exercise to be happy dogs.  Pedro is said to be a leader.  Hopefully we will get some snow.  I would LOVE to get these 2 boys out skijoring.  I bet they would make a wonderful 2 dog team, fast and sleek, yet would want to be laying at your feet in a warm house after a day on the snow. They both had some teeth problems which were fixed and pulled.  Such nice dogs.